Ball State is going to lose this game easily. Tennessee brings back too many offensive talents form a fast-paced team last year. Quick overview of Ball State, I won’t be rostering many players from the Cardinals but the two I’m considering are Jayshon Jackson and Yo’Heinz Tyler. I’ll probably roster Jackson more after being targeted 108 times last year and bringing in almost 70% of the targets last year. Tyler should be considered too as he was the main guy the Cardinals targeted in the redzone last year, but I don’t see them getting there a lot against Tennessee. For the Volunteers everything will be going through Hendon Hooker. Just like Jordan Travis last week he should be owned, just remember the high spread and risk of being pulled. I am more interested in the RBs. Jabari Small will be the main back but with the risk of a blowout, and how Jaylen Wright played last year, I like him more in GPPs. That is not me fading Small, I just like the upside for $ amount. As for receivers, names to remember are Cedric Tillman who Hooker targeted a lot. Maybe throw a dart on Hyatt or the freshman that’s been getting a good report in camp, Bru McCoy.

The only person I’m interested in for the Chippewas is their value runner Lew Nichols. The do it all running back is going to need the ball in his hand as much as possible if they want any chance in this game. Only issue is Oklahoma State was known for their defense. Talking about the Cowboys I am interested in Spencer Sanders. Another dual threat QB that can get it done against a weak Central Michigan defense. Listed at the top of the running back depth chart is Jaylen Warren. The Cowboys used a RBBC last year so be careful. As for the receivers, the 3 I’m interested in are Presley, Braydon Johnson, and Jaden Bray. All 3 got time last year with Tay Martin hurt so I think there will be 0 issues with chemistry.

Back to what everyone is talking about. THE BACKYARD BRAWL IS BACK! West Virginia needed a new QB after Doege left to go to WKU, just to leave because he didn’t win the battle with an FCS QB. So, in comes JT Daniels who I like in this game against a weak pass defense from Pittsburgh. Also came in with his former offensive coordinator Graham Harrell from USC. I won’t have a lot of shares of Tony Mathis who takes over the rushing game for the Mountaineers who will try and fill in for Leddie Brown. If you want to stack Daniels and a receiver, id consider Ford-Wheaton or Sam James. Pittsburgh lost 2 major key factors within Pickett and Addison. Addison now gone to USC, and in came Kendon Slovis from? You guessed it USC. Pittsburgh still ran the ball a lot and with this being game one I am going to lean heavy on Israel Abanikanda. As for the receivers, multiple transfers came in from smaller colleges but only one I would be comfortable with more than just a share or 2 would be Jared Wayne who we saw last year at Pitt, but again new offensive coordinator too so?

All I can find on South Carolina State is to consider playing Shaquan Davis. Leading receiver from this team last year. As for UCF, John Rhys Plumlee has been bouncing around from teams and positions and now has won the QB position. He is a dual threat QB so look for the rushing upside here. I think Bowser leads the team in the backfield but also consider Johnny Richardson here in a potential blowout game. There are quite of bit of receivers to consider here. You have last year’s leading receiver O’Keefe. Then 2 transfers, Kobe Hudson who led Auburn in targets and then Javon Baker who is an Alabama transfer who first was going to go to Kentucky and then backed out to go down to UCF. I think all 3 are interesting but Baker is my favorite with the price tag.

Im avoiding VMI completely but if youre interested, Rashad Raymond is listed as the starting RB at bare minimum. For Wake Forest were going to see Mitch Griffis take over at QB since Sam Hartman is out with a non-football related medical condition. Griffis is very interesting but at the price point I’ll probably have minimum shares of him. The Deacons also do a RBBC so keep your eyes on Ellison, Turner and Cooley. A.T. Perry returns, coming off a 15-touchdown season. And there is high talk over Greene who was hurt last year.

Questions about Louisiana Techs QB, Downing, so I will probably be looking at the receivers. Tre Harris and Smoke Harris are both cheap and I like them both. For Missouri I am interested in seeing how they handle the backfield this year. Tyler Badie was getting the ball as much as he could handle and with him gone Elijah Young is going to need to step up if he’s going to fill his shoes. Last name I will note here is Luther Burden III who was a high school super star and choose to go to Missouri, NIL money?

Probably the game of the week if not the Pittsburgh game. Sean Clifford should be a good pick here even against a good Purdue defense. The backfield has been a mess for the last 2 years, but Keyvone Lee should lead the Nitty Lions. At wideout you have Parker Washington and Lambert-Smith from last year who are going to be used for sure. They also bring in Mitchell Tinsley from WKU who had a monster season last year! I would think Washington gets the main nod here, but I am interested in seeing how Clifford and Tinsley work out. For Purdue I’m skeptical with David Bell gone. Adian O’Connell was a fantasy friendly pick almost every week last year. With no depth chart its hard to figure out where to go, but if I had to pick someone, I would lean Durham.

Just avoid this game. If youre looking at anyone consider Waylee or Brown at RB. Waylee was the main running back to start the season till he got hurt. Antario Brown is at the top of the depth chart and is cheap! Consider Cole Tucker too with Robinson out for the year with an injury.

Im only interested in Kordell Davis from New Mexico State as he should get a lot of targets in this game after coming off a 11-target game last week. As for Minnesota I am excited to see Mohamed Ibrahim return to the field after a nasty injury last year that at first, I thought was a torn Achilles. I think hell get the touches this game, but with the blowout risk I’m wondering how much hell be in the game. For receivers Chris Autuman-Bell returns and he will be needed this year. From reports Dylan Wright is also a name to consider.

Another game where ill be fading the underdogs. For Arizona State, they bring in Emory Jones from Florida, but I won’t have many shares of him. For the backfield, I am going heavy on Valladay, I just hope that the depth chart is wrong with “OR” listed next to him. If you’re worried and want to take the chance on the other RB, consider Nagata. That’s all I would be considering here.

If you want to get fancy with Cal Poly, consider their leading receiver last year Chris Coleman who had 96 targets. Outside that I am going to consider the team I think will win the Mountain West. Fresno State brings back a lot of talent, starting with Jake Harner, I think he will be a good GPP QB as he can fill the box. Jordan Mims takes over the backfield but again if you’re worried about the blowout I would avoid here. Jalen Cropper is an fantastic prospect the blowout potential scares me but remember his name and Josh Kelly. 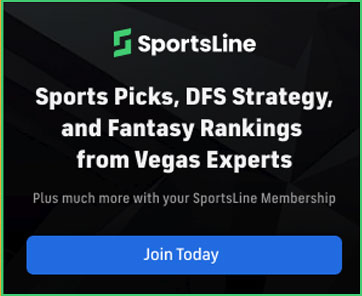